from the get your motor running dept

When Silicon Valley and New York City struggle to get incumbent ISPs to offer better service and faster speeds, you can only imagine the kind of broadband competition that exists in rust-belt cities like Detroit, Flint or Buffalo. But, following the lead of Google Fiber, Quicken Loans founder Dan Gilbert apparently hopes to do something about it. Gilbert’s employed the help of a few fellow Quicken Loans employees to launch a new ISP by the name of Rocket that’s going to start offering $70/month Gigabit service to a sizable chunk of Motor City. 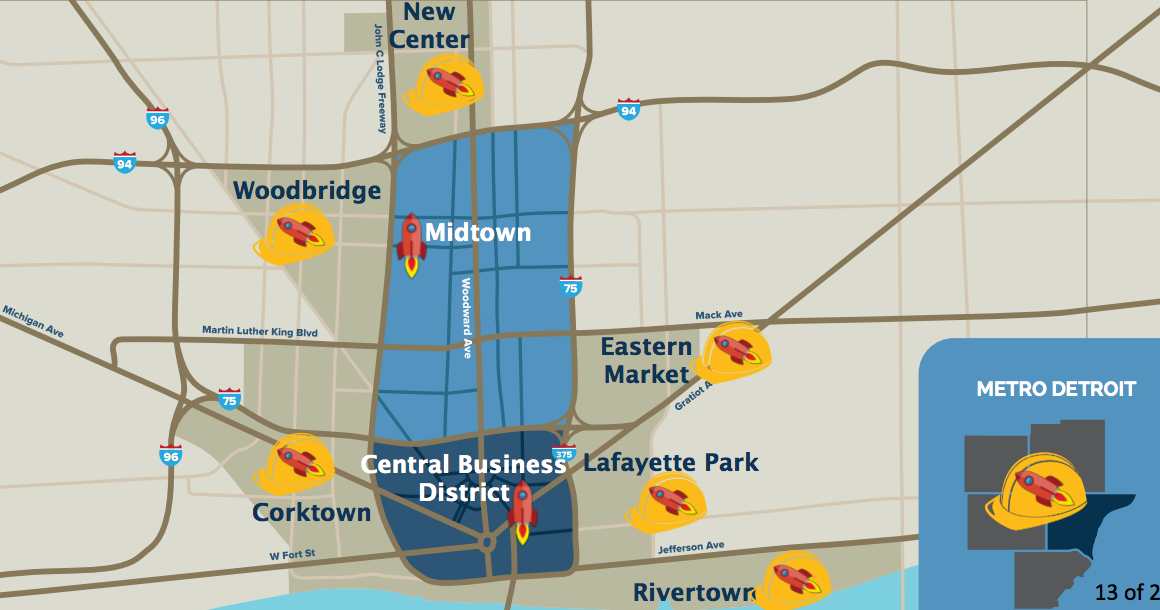 So far, the company has received “submissions of interest” from roughly 80 businesses and 3,000 consumers, with plans to reach 12 miles of deployed fiber and 32 buildings by the end of the year. It’s a small beach head in a vast underserved telecom hellscape, but it’s the latest example of how communities have finally reached the breaking point when it comes to waiting for AT&T, Comcast, Verizon, and Time Warner Cable to give a damn about the territories they service. Rocket hopes to ease into the broadband market thanks to Gilbert’s existing ties to downtown real estate ventures, leading to more efficient installs:

“One unique advantage is its ties to Rock Ventures, Gilbert’s investment firm which funded Rocket Fiber and also owns more than 75 properties totaling more than 12 million square feet of commercial real estate in downtown Detroit. Foster says these properties and the companies within them are free to pursue internet services from any provider, and that Rocket Fiber has never assumed exclusivity with any of them.”

That’s good, since the FCC banned such exclusive MDU arrangements (pdf) back in 2007, even though enforcement remains a mixed bag. Like Google Fiber, Sonic.net and municipal operators, Rocket is well aware that there’s a growing contingent of customers fed up with the nation’s utterly abysmal incumbent ISP customer service. That’s of course particularly true of Detroit’s entrenched monopoly provider, Comcast:

Nationwide, ISPs are widely regarded as the worst-performing organizations in customer service. Rocket Fiber aims to set itself apart by being the rare local ISP that can focus all of its resources on the one region it serves…”There’s a whole host of things that people are disenfranchised about [with] the current providers that, even if they offer exactly the same product at exactly the same price point, we still feel that they will still choose us because there are still intrinsic values other than just the dollar value that you get,” Foster says.”

Also like Google Fiber, the actual deployment footprint is relatively small. There are still huge swaths of Detroit that nobody is going to want to wire, and fewer still are going to want to use tax dollars to help upgrade. It also probably goes without saying the city, while greatly improved, has problems that take priority over broadband. Still, alongside Google Fiber and municipal network builds, it’s another example of how the best hope of breaking down the traditional telecom duopoly — and returning to an age when customer service was a priority — is happening piecemeal on the local level.

I keep wondering where the hell the FTC is in all this rather than depending on the FCC, who actually has a different purpose?

You’re not being quite fair to Comcast. They truly are competing. In my area, Silicon Valley, they are offering gigabyte and faster speeds. They are quite competitive, you only have to pay about 3x as much as Google Fiber for installation and the monthly cost is only about $300. What’s not competitive about that? Surely there’s no need for intrusive government regulation in this ‘free’ market. Relying on competition or corporate shame for internet access speed improvements is just not going to work. Because there’s essentially no competition nor does a corporation like Comcast even know what ‘shame’ is.

Maybe each large company can have a little fiberhood that they service.

Dan Gilbert founded Quicken Loans, he did NOT found Quicken. Quicken is a product from Intuit. Intuit bought Dan Gilbert’s mortgage company, Rock Financial, in 2000, and in 2002 Gilbert bought it back from Intuit.

Karl Bode, you should know better.

They were owned by Intuit for like 2 years only. Used to be Rock Financial. Quicken isn’t a company, it’s just some software made by Intuit. Quicken Loans is a company now.

I’ve updated the piece. Sorry about that.

My mistake. Thanks for pointing it out.

There are still 3000 people living in Detroit?

In a state where the telcom provider got the law changed to allow them to exit POTS service if subscriber numbers drop (and funny all those copper lines will be sold to a “different” company under the same umbrella to provide high speed and voip at much higher costs but with lines actually being repaired) it is nice to see anyone offering things to shake up the landscape.

are there enough people living in Detroit still, to warrant this service? in fact, do any people actually still live in Detroit?