Techdirt's think tank, the Copia Institute, is working with the Trust & Safety Professional Association and its sister organization, the Trust & Safety Foundation, to produce an ongoing series of case studies about content moderation decisions. These case studies are presented in a neutral fashion, not aiming to criticize or applaud any particular decision, but to highlight the many different challenges that content moderators face and the tradeoffs they result in. Find more case studies here on Techdirt and on the TSF website.
Cable's Broadband Monopoly Continues To Protect It From TV Cord Cutting
Huge News: US Gov't Agrees To Support Intellectual Property Waiver To Help Fight COVID 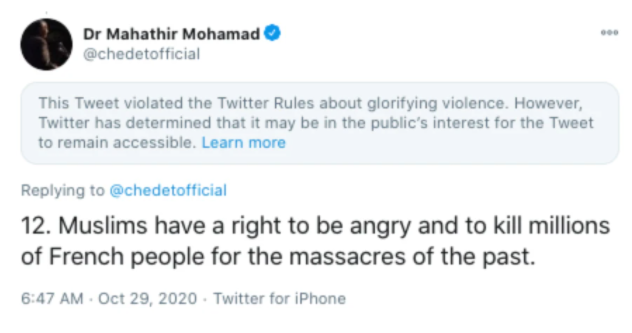 Or, How World Leaders Justify Violence against critics.

Or, how World Leaders get away with suppressing criticism by threatening violence (criminal charges) against companies and, as proxies, their employees.

ess.kroger.com is the official Greatpeople.me secure web Portal, run and operated by Kroger Inc. to provide them with exciting benefits. Kroger Secure WEB provides consistent information and stays tuned with the company.

Nand Motors are one of the leading tyre dealer shop in Noida and near Noida extension, So if you are looking authorised Apollo tyre dealers then near you in Noida then call us or visit ou workshop, we will give you best car care services. Right now, we have 2 work shops in Noida. We have all kind of branded tyres available with us but most of the demanding tyre Apollo, we can give you on best prices because we are the authourised dealer of Apollo tyre.