What a wild trademark ride for Nike over the past few weeks. You will recall that Nike found itself on our pages after its trademark dispute with MSCHF over the so-called “Satan Shoes” being pushed by Lil Nas X. What had all the makings of a very interesting case that would have involved questions about resale rights, free speech, and property rights instead ended in a mostly meaningless settlement that saw MSCHF agreeing to offer to buy back shoes that are now wildly famous and valuable and will almost certainly never be bought back. Almost immediately afterwards, interestingly, Nike found itself on the flip side of the trademark coin with the United States Postal Service, after Nike produced an experimental Air Force 1 sneaker that was clearly inspired by the postal service. 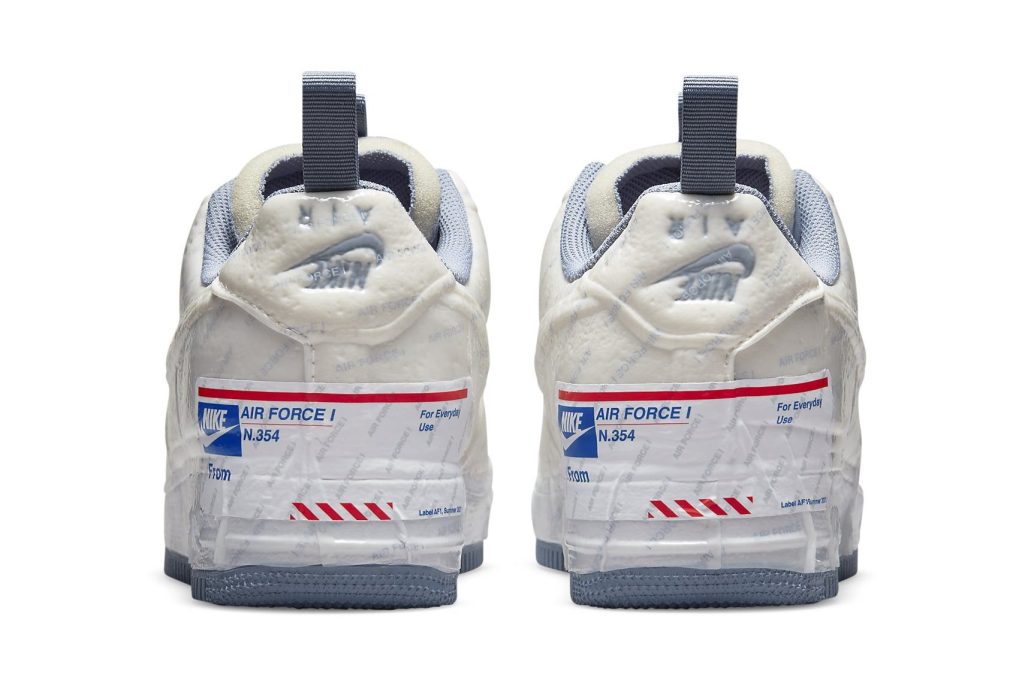 Now, while saying that these shoes were clearly inspired by the USPS would be an understatement, here again we have a situation where a trial could cover all sorts of interesting ground. Would the public be confused by any of this? C’mon now. Does Nike’s homage to the USPS somehow diminish the USPOS brand? If anything, I would think the opposite effect would be on the table. When is the last time anyone before Nike considered the postal service cool enough to be honored with a sneaker produced by one of, if not the, most famous athletic apparel and shoe manufacturers on the planet? And, ultimately, what actual harm would be done to the USPS or its trademark rights by Nike’s actions?

Sadly, we’ll never get answers to those questions as Nike has decided to abide by its stance against MSCHF and instead settle the dispute by entering a licensing agreement with the USPS.

The all-white Experimental Nike Air Force 1 footwear are now officially licensed by the USPS, according to a USPS release that was issued by a Nike spokeswoman. The statement also noted, “Any early images of this shoe were not authorized to be released by Nike.”

A spokeswoman for the USPS did not respond immediately for a request for comment about the financial terms of the deal.

So, on the one hand, fine, Nike finally lived up to the same standards it laid out in the MSCHF dispute when it was the complaining party. On the other hand, a settlement like this only perpetuates the permission culture the far too often plagues the realm of intellectual property generally and trademark particularly.

Wouldn’t it have been better for the USPS to simply accept the honor of the homage and get back to the business of delivering mail and spying on all of us?

Nice to see that the shoe is on the other foot for Nike.

Yes. ZIP, ZIP+4 and "Zone Improvement Program" are (or were) all USPS trademarks. That’s why other countries mostly use "postcode" or "postal code" as the generic.

For those times you run too fast and need to slow your game by 1?3 weeks while delivering the ball to the wrong goal, damaged. Or you’re cool with just losing the ball altogether. Or you don’t want to play games on Sunday.

Don’t use them for basketball or you’ll airmail the pass.

"And, ultimately, what actual harm would be done to the USPS or its trademark rights by Nike’s actions?"

Well Nike was terrified that the public would be convinced they were in league with the devil, so it makes sense USPS wouldn’t want to be associated with child labor.

It would be nice if someone managed to run the numbers to disprove the claims of billions lost vs how much is wasted on legal warfare that really shouldn’t happen because that isn’t how the law is actually written.

More time/effort/money is spent trying to protect IP than actual people… yet people still accept that keeping a Hollywood Exec with an active imagination of the possible horrors happy matters more than making sure a child gets at least 1 meal today.

Why is it people accept being treated like mushrooms?
Our leaders shit on us, keep us in the dark, & refuse to tend to us while servicing imaginary problems… how many more decades of being shit on might finally be enough for people to say enough of this shit?

Putting the postal logo on sneakers is only pandering to stereotypes that the mailman is sneaking around with wayward housewives… and needs the running shoes to outrun a jealous husband with a gun.

I’d say more, but I wouldn’t want anyone to go postal on me…

You’ve lost a lot of credibility with me by (snidely) including an inference of USPS "spying" on us in an otherwise interesting article.

From now on, I will be more suspicious of what is said.

That sort of thing should be beneath you dignity "even for a Republican" – there, how to YOU like that?

dude, did even read the "spying on us" link? it is a thing and has been known for a few weeks.

"
The law enforcement arm of the U.S. Postal Service has been quietly running a program that tracks and collects Americans? social media posts, including those about planned protests, according to a document obtained by Yahoo News.

The details of the surveillance effort, known as iCOP, or Internet Covert Operations Program, have not previously been made public. The work involves having analysts trawl through social media sites to look for what the document describes as ?inflammatory? postings and then sharing that information across government agencies."

This is just bizarre. First they go ballistic over first sale doctrine. Then they use registered marking layout themselves.

The shoes are obviously ?inspired?.
The layout is close: would have been interesting to see this one in court.
Or the Satan shoes!