There’s just something about terrible customer service, high prices, and sketchy product that consumers oddly don’t like. American consumers’ dislike of traditional cable TV providers was once again made clear this week in a new study by the American Consumer Satisfaction Index, which tracks US consumer approval of companies on a 100 point scale. As has long been the case, the full report shows most traditional cable TV, satellite, or IPTV providers languishing somewhere in the mid 60s — scores that are bested by a long line of industries and government agencies (including the IRS).

While the report shows that streaming did drop 2.6% to a score of 74 (thanks in part to COVID-era network strain and demand), that’s still significantly better that most broadband and cable TV ratings, which remain mired in the 50s and 60s: 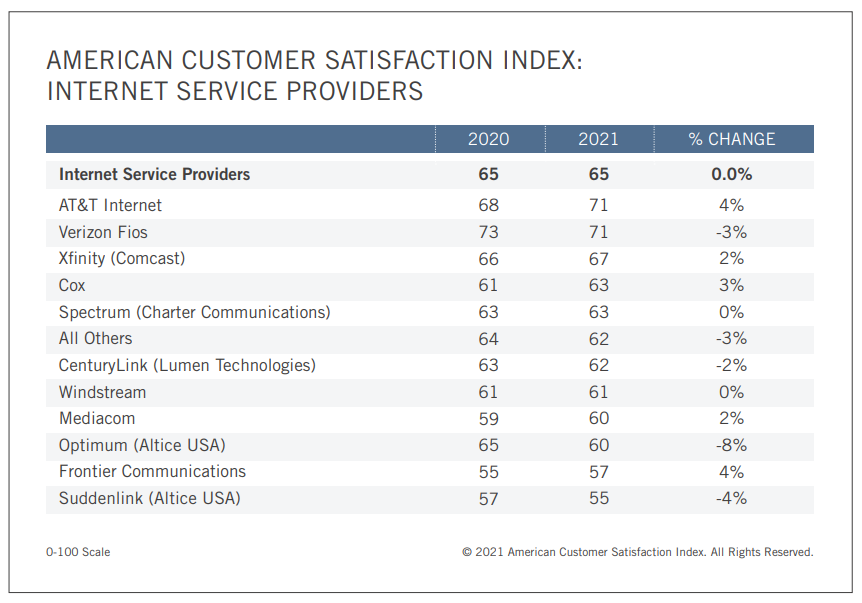 Compare that to streaming, which provides consumers with cheaper service, greater flexibility, and better customer service: 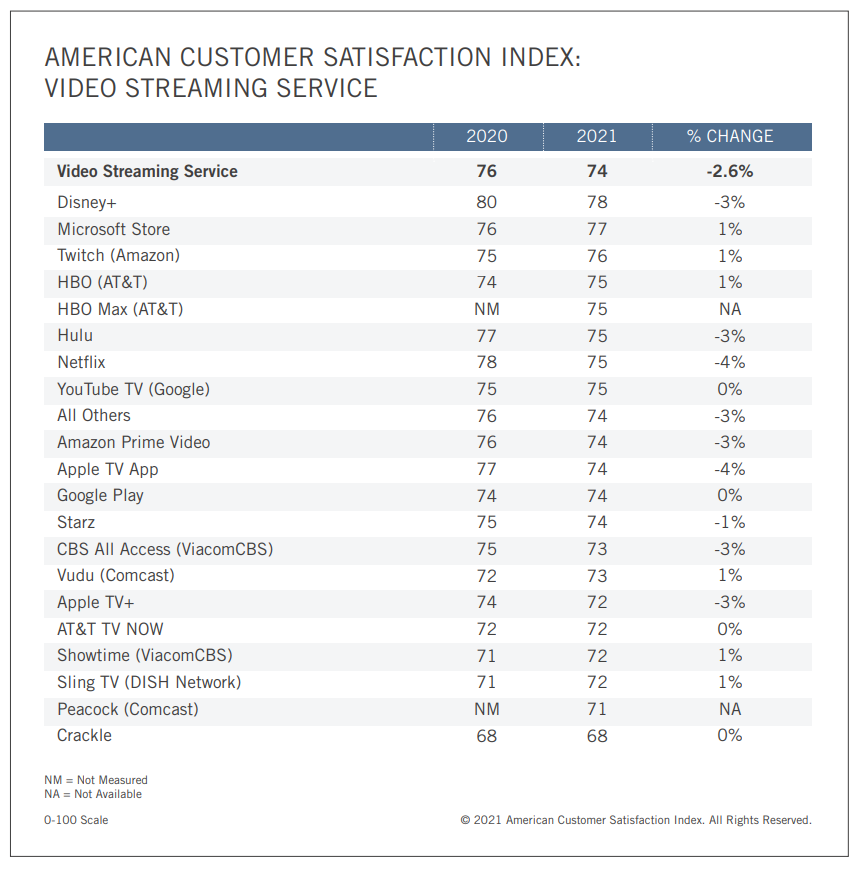 The cable industry was already struggling in early 2020, when a record number of cable customers “cut the cord” and flocked to over the air or streaming alternatives. That was before a pandemic came to town. But with live sports less consistent and folks desperate to cut costs as they struggled to pay rent, the trend simply exploded in the second half of last year. The number of folks still paying for traditional cable has now dropped more than 22.8% from pay TV’s peak back in 2014. But by the end of 2024, analysts expect that fewer than half of US homes will subscribe to a traditional pay TV service.

One survey predicts that 27 percent of US households are planning to cut cable TV from their budgets this year. That’s quite an explosion for a trend that cable and broadcast executives have spent a decade pretending wasn’t actually happening (it was), wasn’t a big deal (it was), was only something poor losers do (studies repeatedly proved this claim false) or would rebound once Millennials began seriously procreating (that didn’t happen).

It’s an ongoing lesson for the oodles of cable and broadcast executives who have been wrong about this phenomenon. For giant telecom incumbents their only saving grace is the fact that their monopolies over broadband access in many markets means the bloodshed isn’t quite as bad as it otherwise would be, as they can simply extract their pound of flesh via price hikes on your broadband bill.

Considering that most people would drop Disney/ ESPN in a heart beat to lower their cable/TV bill, that makes Disney’s service decent compared to their hamstrung traditional offerings

Ads. It’s all about how distracted we are by the shitty Ads.

Wonder how long it’ll be before Rupert Murdoch, getting diminished revenue from Fox news as people cut the cord and stop subsidising it through cable bundling, turns to lobbying congress to pass laws forcing streaming services to have it’s content forced on them and to pay him for the privilege? They’ll try and sell it as supporting alternative voices in new media even though it’ll only be right wing content that benefit.

They are giving people what they want so that is clearly a matter of antitrust now? Just think of the middlemen people! /obvioussarcasm

The ISPs are selling (leasing) hardware, they have a huge infrastructure all over the state/country that they have to install, service, and maintain, and adding a subscriber usually requires an appointment and a truck roll. Also, the ISPs are monopolies, regulated, with agreements with the local municipality, and various requirements involved with that.

The streaming services are selling data, they can add a subscriber at essentially zero incremental cost, in seconds.

That alone explains a LOT of the difference in satisfaction.

And here I thought that treating your customers badly in one way or another leads to less satisfaction.

The relevant difference is that ISPs are monopolies or duopolies in most markets – Comcast and AT&T – and can use that power to screw over customers. Try cancelling one of them if you want a taste of really crappy customer service. But if Netflix pisses you off, you cancel your account with a click of a button and try Disney+ or AppleTV+ instead. And then cancel and come back to Netflix later. And all the streaming services are dirt freaking cheap, some are so cheap it’s hardly worth the bother to click a button.

In other breaking news, water is wet, fire is hot, pain hurts, and people breathe.