Stories about: "duke"
Expand All Posts Collapse All Posts

Duke And The Duke Duke It Out Over Duke Bourbon

from the dookie dept

See apparently Duke University and the heirs of John Wayne, a.k.a. The Duke, have had something of a long Hatfields vs. Mccoys type of feud. Both entities have separate trademarks on “Duke” that mostly results in each going after the other every time either tries to expand into a different market while using the moniker. This latest go ’round is over bourbon, which I love, and Duke University is claiming that a John Wayne themed bourbon might be mistaken as a university-branded bourbon.

A federal lawsuit filed last week is the latest salvo in a long-running legal duel between the North Carolina university and California-based John Wayne Enterprises over commercial products featuring the name. The late actor used the moniker since childhood, when he adopted the name of the family dog. Lawyers for the university say allowing the Wayne estate to use the name could cause confusion and “diminish, dilute and tarnish” the value of the name, for which both parties hold trademarks.

And you can see Duke University’s point. After all, their logo… 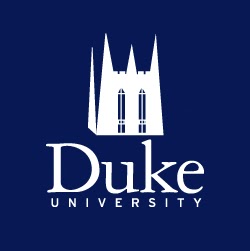 …is strikingly similar to the proposed logo for Duke Bourbon… 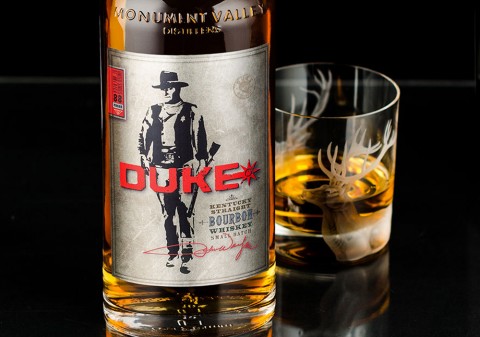 I can just sense all of you scratching your heads in concentration as you try to determine whether or not those two brands are related. Here’s a crazy thought: maybe the fact that the bourbon label doesn’t include the word “university”, has a completely different color scheme, shows the damned picture and signature of one of the most famous movie stars in the history of cinema, and even has the state of Kentucky make a cameo, while Duke University is in North Carolina, all means that the likelihood of confusion is essentially null, void, and damn it why do we have to have this stupid conversation?

The most likely scenario is one where these two entities are so used to just going legal every time one of them does anything with the word “Duke” that they can’t help themselves any longer. They’re just feuding to feud at this point, which would be fine except that isn’t the purpose of trademark law and it sets a crappy example for everyone else to follow. You’d think an institution like Duke University would be better than that.

DailyDirt: Tuition Debt Is For Chumps?

Crowds of students are graduating (or have just graduated) from college, and they might be a little nervous about how they’re going to pay off their student loans. Student debt can be difficult to pay off, so some folks are trying to avoid it completely in a few novel ways. Here are a bunch of examples of students getting financially creative with their tuition bills.