Stories about: "sierra nevada"
Expand All Posts Collapse All Posts

DailyDirt: Actually Getting People Into Space…

There are only a handful of vehicles that have launched people into space (or even just provided shelter) for space-faring people. A few more ships and space stations would be nice to see, and there are a few in various stages development (unfunded proposals, ahem). If you’re interested in people (not just robots) exploring outer space, here are just a few links on some of the ships that might transport more folks to at least the edge of space.

After you’ve finished checking out those links, take a look at our Daily Deals for cool gadgets and other awesome stuff.

Here we almost went again. The craft beer space was known for quite a while for its congenial attitude when it came to competitors. That seems to have shifted a bit in the past few years, with all kinds of silly intellectual property disputes arising among breweries. Trademark claims seem to be the issue du jour, not surprisingly, though you’d think with the common public response being backlash this trend would have ceased already. It seems the lesson still needs to be taught, however, even amongst some of the larger craft breweries with some of the best reputations. Lagunitas, for instance, which likes to bill itself as the hip and laid-back beer for the NPR crowd (yes, over-simplifying), saw fit to sue competitor Sierra Nevada over trade dress issues until the public reacted and they quickly backed away.

And here are the labels in question. 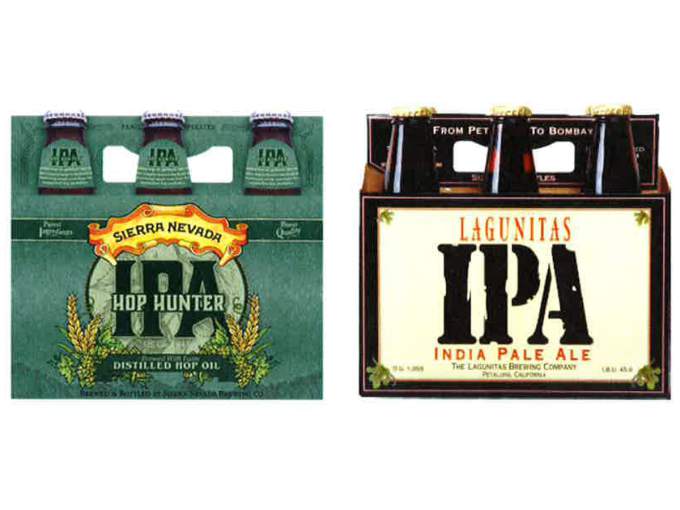 Both, as you can see, feature the letters “IPA”, for India Pale Ale, in a bold font that has some degree of similarity. As you’ll also see, assuming you aren’t a blind wombat that’s been dipping into the barley wine for twenty straight hours, both brewery’s names are super-evident on the label, the color scheme is uber-different, the rest of the label isn’t remotely the same, and oh my god, why do we have to keep doing this? The likelihood of customer confusion here is roughly the same as the likelihood that I’m about to sprout wings, horns, and enslave humanity under my forked tongue. I mean, sure, it might happen, but then we all have bigger problems, don’t you think?

The public’s reaction appears to have been similar.

But late Tuesday night, a series of tweets posted on Magee’s Twitter account said the suit would be dropped Wednesday morning.

“Today was in the hands of the ultimate court; The Court of Public Opinion and in it I got an answer to my Question; Our IPA’s TM (trademark) has limits,” according to a tweet posted to Magee’s account. Today I was seriously schooled & I heard you well,” another tweet declared.

The suit had claimed that distributors were contacting Lagunitas claiming that customers were becoming confused, but that seems unlikely given the wider public backlash. For the backlash to exist at all, you’d think there would have to be an absence of confusion. Lagunitas also claimed that consumers might think that Lagunitas had collaborated on a brew with Sierra Nevada, because apparently consumers can read acronyms but not the clearly labeled name of the single brewery on the front of each logo.

Sigh, get it together breweries. The whole point of you guys is to not be like the big macro-corporate brewery-jags. Just make awesome beer!