Stories filed under: "birthday"
Expand All Posts Collapse All Posts

Yesterday afternoon the Twitter account of the US’s Immigrations and Customs Enforcement (ICE) briefly disappeared from the internet. Was it… anti-conservative bias? Nope. Was it ICE doing more stupid shit in locking up children and separating them from their parents? Nope. Was it ICE’s willingness to seize domain names with no evidence, claiming “counterfeit”? Nope. It was that ICE had changed the “birthday” on its account to make it so that its “age” was less than 13. Thanks to the ridiculousness of the Child Online Privacy Protection Act (COPPA), which has basically served only to have parents teach their kids it’s okay to lie online in order to use any internet service, most websites say you can’t use the service if you’re under 13 years old. ICE changed its “birthdate” to be less than 13, thereby making it… shall we say, something of a “stranded minor” and Twitter automatically, well, “separated it” from its account.

Might be nice for ICE to get a sense of how that feels.

Of course, what this really highlights is the idiocy of COPPA and how nearly every website tries to deal with its requirements. As we noted, Twitter, like many internet sites outright bars kids under 13 to avoid COPPA’s rules. Twitter does note in its forms that you need to put in your own date of birth, even if your account is “for your business, event, or even your cat.” 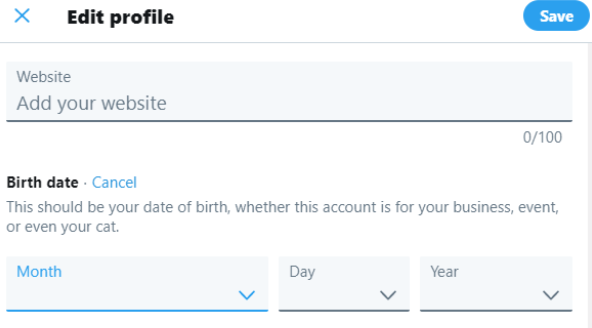 But… that’s bizarre. For accounts like this, whose birthday matters? Many such accounts are managed by multiple people. Whose birthday gets put in there? The answer is, of course, that a birthday is just made up. And, if you make it up, apparently you need to make up one that is older than 13 to avoid this COPPA-based “separation.”

Anyway, ICE figured stuff out and made a little joke about it: 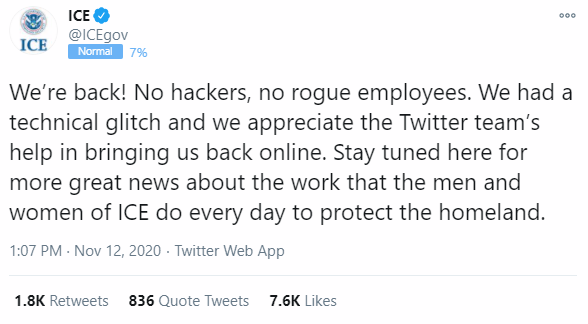 Frankly, I’d rather they focused on actually helping asylum seekers find protection in our country rather than tossing them out, and maybe put some of that effort into reuniting the 666 kids back to the families they’ve lost track of.

We’ve seen a variety of Japanese Kit Kats that are localized with numerous limited-edition flavors, so it shouldn’t be too shocking to see that other snack-makers have adopted similar strategies for their products. Here are just some interesting takes on the Oreo cookie.

Prince Sues Musicians For Making A Tribute Album For His Birthday

from the happy-birthday! dept

It’s been really disappointing watching how Prince has squandered what had been seen as a enlightened view of how music works in this day and age. Instead of continuing to embrace that, and use it to his advantage, Prince has become fantastically anti-fan, and day-by-day seems to be destroying his reputation. It started with threatening fan sites, quickly followed up by lawsuits against YouTube, eBay and the Pirate Bay, and more recently has involved a bizarre and ill-advised strategy of taking down YouTube videos that he probably had no right to take down.

The latest case involves fifty Norwegian musicians, who teamed up with a Norwegian record label to create what they thought was a nice 50th birthday present for Prince: a “tribute” album with 81 covers of Prince songs. They figured that it would be a nice gesture to send Prince a copy, and contacted his representatives to figure out where to send a copy. What they didn’t expect was for Prince, instead, to turn around and sue the label and all fifty musicians. He’s also demanding that all copies of the album be destroyed.

There is a question of compulsory licenses here — as Norway requires about $0.10/song, and with 81 songs, that’s about $8 per album. The label (potentially incorrectly) believed that since it wasn’t making any money on the album, it didn’t need to pay. Even if the album ran afoul of copyright laws, this response from Prince is just dumb. Here are a group of musicians who are paying tribute to him, and he sues them. What better way to piss off a group of truly devoted fans?