Montana Newspaper Announces Plans To Reveal The Names Of All Previous Commenters, Despite Promises To Keep Them Secret

The Montana Standard, a newspaper in Butte, Montana has apparently decided on a new strategy for its online commenters, requiring “real names” to be associated with every comment. We’ve spent plenty of time arguing why this is kind of stupid, but many websites falsely believe that anonymity leads to less friendly comments, and using “real names” will magically make people nice (in our experience, people with real names can still be insufferable jackasses, while some of our best comments come from anonymous users, but…). But, that change in policy alone isn’t that big of a deal. What is a big deal is that the Standard has decided to do this retroactively. As it stands now, and as it’s been in the past, when you sign up to comment, it directly asks you for both your real name and your “screenname” and states pretty clearly that this is the name that will display with your comments: 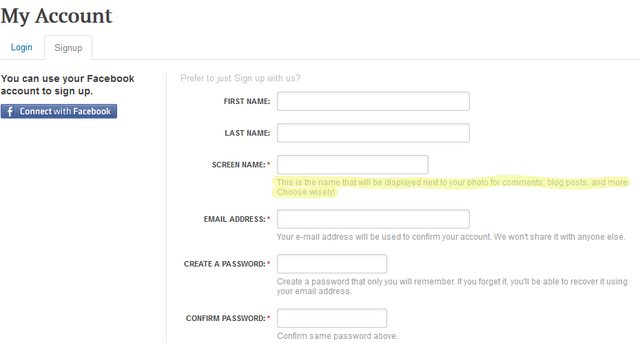 But on January 1st, all of that changes, and whatever people put in as their “real names” will show up. The Standard is allowing people who are concerned to email them before December 26th to argue for why their comments should be removed before the January 1st switch over, but it seems likely that many won’t even realize this is happening. Lots of people have been using the comments on that post itself to criticize this plan, and Paul Alan Levy has written a thorough post explaining why this is so problematic:

The Standard’s retroactive application of its real name policy seems to me highly irresponsible. You can easily imagine a newspaper deciding that is not going to rely on anonymous sources in its news stories – certainly there have been media entities that have claimed to have adopted such policies. But can you imagine a paper doing so retroactively, leaving its stories online that were previously sources anonymously but replacing such categories as “inside source” with the name of a whistleblower, or replacing “highly placed official” with the name of the conniving government official speaking “candidly” about his internal adversaries under cover of source protection? “I’m sorry, Deep Throat, we have decided to tell Nixon and his henchmen who you really are.” You could have a number of unhappy sources, not to speak of some dead ones where the sources live abroad in a society or culture where dissent is not tolerated. The source’s life could be in danger even if the source lives inside the United States, if the source was talking about the Crips, or MS-13, or some militia group.

The Standard’s editor told Davis that it is publishing notice of its new policy, including the retroactive application, in both its print editions and web site, and that it “is sending emails to prior commenters, when it has valid email addresses.” (Although as of today, when I looked at the page where the site’s users register to be allowed to comment, there was no notice of any impending policy; to the contrary, the site still promises that the screen name “is the name that will be displayed next . . . for comments, blog posts, and more. Choose wisely!”) But depending on how long it has been since the Standard started accepting registrations, it is quite possible that users may have changed their email addresses, or have moved on to a new email address without ever canceling the old one, and hence they might not see the Standard’s notice. And it is also quite possible that some of the commenters may have made comments that place their economic or even physical security at risk from the individuals or companies that they criticized in online comments. Or, their comments might have revealed something about their own experiences or past conduct that they were willing to share with the public anonymously, making a valuable contribution to a discussion, but would never have been willing to provide had they known that their own names would be attached. The Standard could be putting livelihoods and more at risk through its retroactive changes.

Levy further tested the existing commenting system, discovering that it was, in fact, easy to sign up with fake “real names” — including a test where he signed up using the name of the Standard’s editor, David McCumber.

I was able to register with a completely invented name, in which I provided a real email address but no other truthful information in the various boxes on the registration page. The comment I posted is the only one that was posted on November 23, 2015 – it appears with the screen name “notmyrealname.” As a further test, I registered again today, again providing false information throughout the registration process, but this time the “real name” I provided was the name of the Standard’s editor, David McCumber, and the street address that I provided was the Standard’s own address. The comment duly appeared on the paper’s web site a few minutes later – it is there under the screen name “NotReallytheEditor.” So, presumably, this comment will appear on January 1 as having been posted by David McCumber.

Promising to keep people’s names hidden, and then retroactively changing that with little notice seems like an incredibly irresponsible thing to do. One hopes that the Standard will reconsider.