Summit Entertainment Claims To Own The Date November 20, 2009; Issues Takedown On Art Created On That Day

from the hello ip fraud dept

Summit Entertainment, the movie studio behind the Twilight films, is no stranger to ridiculous-to-insane overreaches of intellectual property law. In fact, the studio seems to make a habit out of it. The company has sued Zazzle because some of its users made fan art inspired by Twilight. It’s shut down a Twilight fanzine. It’s said that only it can make a documentary about the real town where the fictional Twilight story is based. It’s sued to stop a fashion designer from factually stating that a character in one of the movies wore its jacket. It shut down a silly 8-bit YouTube game. It issued a takedown on a song that was written years before the Twilight movies. It went after Bath & Bodyworks for daring to to sell a body lotion called Twilight Woods, which had nothing to do with the movies. It aggressively sued a fan and pressed criminal charges for tweeting some behind the scenes photos of a Twilight movie. It also sued the guy who registered twilight.com back in 1994.

This is a company that thinks that the world revolves around its trademarks, and it appears to have little concern for what the law actually says.

Its latest move is particularly asinine. The company came across the following lovely image created by artist Kelly Howlett and posted to Zazzle, and issued a takedown. 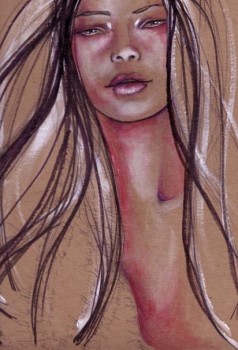 If you’re thinking that image has absolutely nothing whatsoever to do with Twilight, or any other Summit property, you’re entirely correct. But it turns out that Summit Entertainment has decided it owns the date 11-20-09 (that’s Kelly’s Facebook explanation of what happened, found via Bleeding Cool), which was the date the sketch was created, and what it was tagged with. It also happens to be the date that the Twilight movie New Moon was released.

Summit has no legitimate claim here. At all. And yet it took the artwork down anyway, because that’s the kind of IP abusers they are. 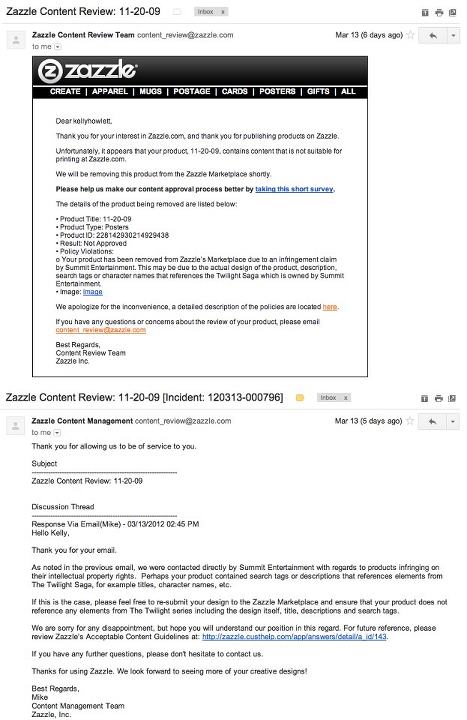 Zazzle eventually came to its senses and restored the image, and Howlett is offering it on Society 6 as well. If Summit Entertainment had anyone with a soul working for them, they’d buy a few hundred prints to apologize.

Either way, the company has such a long and consistent history of abusing intellectual property law, isn’t there a point at which we just say that the company no longer deserves any such power? If you regularly abuse monopoly privileges, shouldn’t they be taken away?