from the shakedown dept

Want to know yet another reason why the CASE Act is so dangerous? It will inspire ever more new attempts at fraud in the copyright trolling space. Giving people the ability to shake down others leads to… lots of attempts to shake down or scam others. The latest scam we’ve heard of comes to us from photographer Kyle Cassidy, who posted this wonderful photo of NPR host Peter Sagal running to Wikimedia Commons under a CC BY-SA 3.0 (attribution, sharealike) license: 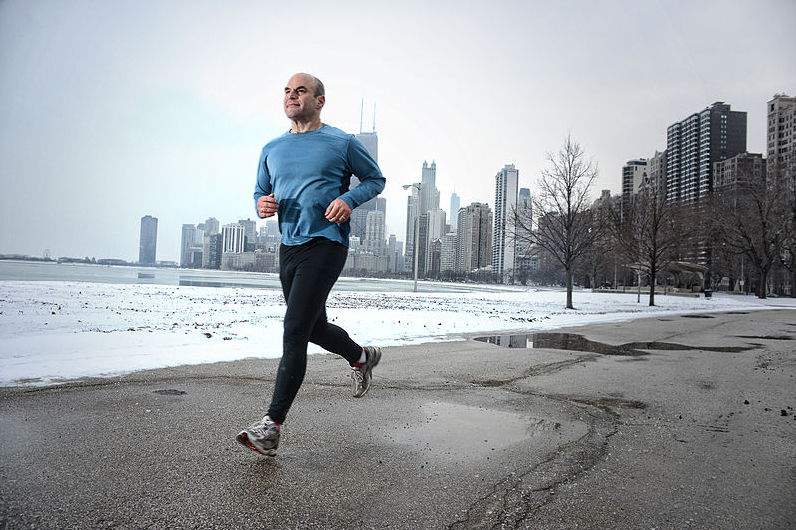 A writer named Eric San Juan used the image, properly attributed on his blog. Last month, Eric received an email from “Aldwin Sturdivant” from a company called “Green Cap Marketing” which claims to be one of the many companies that will scan the web on behalf of photographers and shake down anyone who used those images for money. The site claims “Your Images. Your Revenue.” Also, somewhat ironically, it claims: “Nothing is more frustrating than knowing your work is being stolen and used for someone elseâ€™s gain.” It’s ironic, because it appears that it’s actually “Green Cap Marketing” that is trying to gain from pretending to hold the copyright on someone else’s images. Here’s the email that Sturdivant sent to San Juan:

Hi I hope you are the right person on this.,

I am very pleased to see that my creative work in https://commons.wikimedia.org/wiki/File:Running_Man_Kyle_Cassidy.jpg is being used on this article found on your site: .http://ericsanjuan.com/get-more-exercise-day-to-day-with-these-stunning-hacks/.

It means a lot to me that you selected my work. I prefer that you keep the image on as I can see it provides value to your followers.

Simple image credit to my site is all I ask. It motivates me to continue uploading images that contribute to informative content like yours.

Can you support my humble work? Stay safe. ðŸ™‚

Just looking at this should raise some alarm bells. I mean, photograph’s file name actually has the name of the actual photographer, Kyle Cassidy, in the file name. San Juan originally assumed that Sturdivant was sincere, and noticed that the Wikimedia Commons page did say that he was the photographer:

But, if you look in the Wikipedia edit history, you’ll see that the “photo taken by” credits have changed over time, with a bunch of name changes in the past few months:

Basically, on August 13th, someone changed the photographer to be “Natasha Spencer” of a sketchy health site I will not name. That was reverted. On August 17th, the same thing happened. It was reverted. On November 23rd, the same day “Sturdivant” emailed San Juan, it was changed again to say the photo was taken by Sturdivant, again in association with the sketchy health site.

Indeed, this appears to not be so much a copyright trolling scam, but a search engine optimization scam. “Sturdivant” and Green Cap Marketing didn’t ask San Juan for payment… but to link to an affiliate site. According to San Juan:

In no time, they send a reply with the link info for me, but what he sent back was a website that had nothing to do with him or the photo, and the photo attribution they asked for was for a BUSINESS, not the photographer. It was a link affiliate site, a commercial site that earns money through clicks. What the hell?

San Juan has blacked out the URL, but I’ll take a wild guess that it’s likely to be the same one that “Sturdivant” and “Spencer” named when they claimed credit for the Wikimedia photos.

So what originally looked like a copyright trolling scam, may be more of an SEO scam. Either way, it’s a scam.

Cassidy himself went snooping and found that there were a bunch of other files attributed to A. Sturdivant, but honestly, many of those appear to be legit, as they appear to be old documents that have some connection to an actual “Sturdivant” from very far in the past.

However, others have pointed out that this is a common problem, with people vandalizing photo credits, and that “A. Sturdivant” was a name used for this in the past as well. Some Wikipedia editors have been reporting and banning users for engaging in this kind of scam.

However, what does seem clear is that Green Cap Marketing (since the “Sturdivant” emails came from there) is not just engaged in typical copyright trolling, but has expanded its business into the truly scammy SEO game, by faking credits on photos and then asking sites to link to their affiliate fee links instead of the actual photographer’s images and sites.

from the russians in a dimly lit shipping container dept

You may recall that, back in June, I wrote about a bizarre situation in which an election simulation game, that I helped co-design, called “Machine Learning President,” somehow had some of the rules sheets leaked to Rebekah Mercer, from which they were leaked once again to Jane Mayer at the New Yorker, who wrote up an article there, not knowing the provenance of the game. This caused many, many people to assume that the Mercers had somehow made up this game to “relive” the success of the 2016 election. This resulted in a ton of angry headlines and tweets — including the host of NPR’s comedic news-based “game show” Wait Wait Don’t Tell Me, Peter Sagal, who alerted his friend, Cards Against Humanity designer, Max Temkin, who tweeted angrily about the game.

The next day, when I wrote up my post explaining what the game really was about — we had a lot of people reach out to ask if they, too, could play the game. Unfortunately, it’s a ton of work to put on, and the crew who designed the game — lead by Berit Anderson and Brett Horvath from Scout.ai and Guardians.ai, who initially conceived of the game, along with Randy Lubin (who is our partner in our CIA game project), and science fiction writer, Eliot Peper — are all super busy. However, by far the most aggressive in getting us to play the game were Max Temkin and Peter Sagal.

It finally happened two weeks ago in Chicago, and Charlie Hall at Polygon has a brilliant write-up about how the game went:

Inside a warehouse on Chicago’s North Side, within the thin strip of industrial property between Bucktown and Lincoln Park, Sen. Elizabeth Warren is pandering to a small group of powerful evangelicals. Just a few feet away, near a bowl brimming with 20-sided dice, Vice President Mike Pence is honing his next batch of TV and radio ads. Meanwhile, within a dimly lit shipping container, Russian oligarchs are desperately trying to funnel money to Sen. Kamala Harris through Black Lives Matter.

No, it’s not the fever dream of some political wonk stranded here along the nation’s third coast. It’s a 40-person live-action role-play of the 2020 presidential election. Formally, it’s called a “scenario planning game.” In motion, it’s a vehicle for some of the most engaging political theater that I’ve ever seen.

This was really only the second time we’ve run the full game (there have been a few playtests of part of the game). The first time was back in San Francisco in February and then this time in Chicago. The San Francisco game was incredible, but the crew that Max and Peter brought out to play in Chicago took it to the next level in terms of truly inhabiting their roles… and learning from the experience:

For Sagal, who every week tells jokes about political figures set against the backdrop of real NPR News stories, Machine Learning President was an educational experience.

“I make my living reading the news,” Sagal said. “All that shit is real, but it’s not important. The important shit we never find out about, and I honestly think this game illustrates that.

“Look at it this way: All of the candidates tonight got to make speeches, and these speeches were important. […] But what was also interesting was that there was no attempt on anybody’s part to use those speeches to convince anybody of anything. That all happened during the 15-minute rounds. The speech was just about signaling. The speech was not making the deal or convincing anybody to do anything. It was just about delivering on something and positioning yourself to confirm a deal you’ve already made. There was no persuasive aspect to any of the things that any of us said, because the persuading had already been done. Or, as in our case with the Evangelicals, not done.

“What the game teaches you,” Sagal continued, “is that the shit that we get to see, as citizens who watch the speeches and get the emails […] is nonsense and not important. The stuff that’s really important is happening behind the scenes.”

That may be the best endorsement we’ve seen of the game yet — and the article only barely touches on some of the crazy alliances, use of technology, dealmaking, events, and backstabbing that played out over the course of a truly frantic evening. As the article notes, a big part of the point of the game is to get people to better understand how politics and tech and money intersect, and we heard from multiple people who played in Chicago saying they couldn’t stop thinking about it after playing (we also had a few veterans of actual political campaigns note that it hit a little too close to home). Chicago has a reputation in politics, and I will say that the folks who showed up to play demonstrated that quite effectively.

Either way, we’re still hoping to set up additional events for the game, even though it’s quite a bit of work to run, and all of us are pretty swamped with other stuff. However, since people keep asking for it, we’re trying to figure out ways to run it perhaps a bit more often.