US Chamber Of Commerce Complains About People 'Pirating' The Presidential Debate

The US Chamber of Commerce is somewhat infamous for its dishonest and misleading claims about copyright, which are often so ridiculous as to be laughable. But, even then, I wasn’t expected the following:

If you can’t read that, it’s a tweet from the US Chamber of Commerce’s “Global IP Center,” stating the following:

And it links to this Forbes article (adblock blocker warning) presenting some data on how many people watched unauthorized streams.

The tweet is ridiculous (as is the article, but we’ll get to that…). First of all, the presidential debates are an important part of our democracy and understanding who will be leading our country in another few months. The idea that you need copyright to put that on is ridiculous. Second, partly because of what I wrote in the first sentence, the debates are available in a variety of places for free — including TV and streaming on the internet via both YouTube and Twitter. For free. Third, there are no commercials and no fees associated with the debate — again because of the importance of civic engagement. Who is actually “harmed” by people watching the debate through unauthorized streams? Why is this “harmful”? Why must this “end”?

Or, as Parker Higgins points out, “warning that piracy could lead to participation in democracy” is particularly ridiculous — but I guess that’s how the US Chamber operates.

Normally I don't acknowledge trolls but that's the literal Chamber of Commerce. Warning that piracy could lead to participation in democracy

Now, back to the original article at Forbes. It’s just as ridiculous. Written by Nelson Granados, apparently an actual professor at Pepperdine, it seems to pull off a press release from a company called “VFT Solutions” which is a company that (no joke) claims to use its “patented technology” to “protect your intellectual property.” So, yeah, you have an idea of where this is coming from: 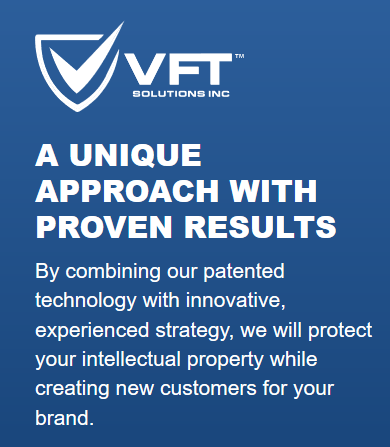 VFT is trying to popularize a term it appears to have made up entirely, called “nano-piracy,” and Granados falls for it, hook, line and sinker.

VFT Solutions tracked 420 live streams of Sunday’s debate and recorded 22 million views. This includes accessing legal streams from media sources like the New York Times and Fox News, which streamed the debate on live-streaming platforms. But it also includes massive views of illegal streams. According to VFT’s CEO, Wayne Lonstein, “Perhaps what is most interesting is that 41% of these views were from illegal live-streams, also known as nano-piracy.” That’s about 9 million nano-pirate views, and this is just a sample.

WTF is “nano-piracy”? What does that even mean? Hollywood has been complaining about streaming piracy for ages, so there’s nothing new here. Granados then admits that the debates were available for free basically everywhere, but doesn’t immediately realize how ludicrous it is to then call this “piracy” (nano or otherwise). Instead, he just jumps to fretting about what this will mean for copyright holders. Really.

Why are viewers watching these debates on illegal live streams despite having plenty of free legal options? What does this signal for copyright owners who expect to get paid for their content?

It signals nothing. It signals that people use the internet and they look for the most convenient way to watch the debates for their personal situation. And that’s a good thing. It’s good that the debates aren’t sponsored or filled with commercials and that they’re widely available. That’s a good thing for democracy. Piracy and copyright have nothing to do with this.

Does the US Chamber of Commerce and real-life professor Nelson Granados honestly think that without copyright no one would have the incentive to put on or stream Presidential debates?

Live-streaming the presidential debates in platforms like Periscope and Facebook Live is great for politics, but it should also raise a big red flag about the emerging threat that nano-piracy on these same platforms poses for artists and entertainers.

Yeah, but that’s been going on for ages, since well before the debate. The use of it for the debate is actually a good sign, showing how interested people are in civic engagement and understanding what the candidates for President are talking about. Why would anyone complain about it other than to (1) sell some stupid “service” or (2) push a ridiculous argument about “harm” from this kind of streaming.

Within the current system, where copyright holders have to request the take-down of every single piracy source, it has been an uphill battle to keep up with download piracy infringers. Nano-pirates are making things worse, with the aggravated fact that live streams leave less trace than downloads. Ironically, illegal live-streaming of the presidential debates is rampant, so hopefully the winner will be motivated to take matters into his or her own hands.

Did you get that? Because so many people watched the presidential debate, this professor thinks that whoever wins the election should crack down on people getting to watch the debate.

This feels like a parody, but unfortunately, it appears to be real.

Journalists and citizens attending this week’s Presidential debate at Hofstra Univserity found themselves facing an unexpected surprise when they were informed that WiFi at the event would cost them $200. Worse, perhaps, was that attendees said that the college was going around using this $2,000 WiFi signal detector to identify those using their smartphone as a mobile hotspot, and encouraging them to instead shell out the big bucks for a few hours of Hofstra WiFi:

Technicians patrolling #debatenight press file using this device to detect & shut down hotspots, so they can sell $200 wifi accounts instead pic.twitter.com/JzbkzlZR1g

The behavior caught the eye of FCC Commissioner Jessica Rosenworcel, who proclaimed on Twitter that there’s “something not right” with what Hofstra was doing, and that it potentially violated FCC rules:

Something not right with the #WiFi situation at @HofstraU last night. Here's what #FCC precedent says: https://t.co/r9fWFnfJLm

Several times over the last few years, the FCC has fined hotel and conference center companies for willfully blocking users’ hotspots from working, forcing them to shell out exorbinant rates for conference center WiFi. The crackdown began with Marriott in 2014, which initially tried to fight the fine before realizing it was outnumbered by regulators, annoyed consumers, and even companies like Microsoft. The FCC subsequently fined Hilton for similar behavior, as well as for actively obstructing the FCC’s investigation into what Hilton was doing. Several smaller conference center WiFi companies have been fined by the FCC as well.

The difference in this instance is that Hofstra wasn’t actively jamming personal hotspots in the same way conference centers have. And when pressed for comment, Hofstra representatives laid the blame for the $200 price tag at the feet of the Commission on Presidential Debates. They also claim they worked to shoot down people’s personal hotspots out of fear that they might cause interference with the existing network:

“The Commission on Presidential Debates sets the criteria for services and requires that a completely separate network from the University’s network be built to support the media and journalists. This is necessary due to the volume of Wi-Fi activity and the need to avoid interference. The Rate Card fee of $200 for Wi-Fi access is to help defray the costs and the charge for the service does not cover the cost of the buildout.

For Wi-Fi to perform optimally the system must be tuned with each access point and antenna. When other Wi-Fi access points are placed within the environment the result is poorer service for all. To avoid unauthorized access points that could interfere, anyone who has a device that emits RF frequency must register the device. Whenever a RF-emitting device was located, the technician notified the individual to visit the RF desk located in the Hall. The CPD RF engineer would determine if the device could broadcast without interference.”

While interference is certainly real, it’s not particularly likely that a user’s personal tethered hotspot would grind the Hofstra network to a halt if properly designed. Regardless, Rosenworcel says she has urged the FCC Enforcement Bureau to take a closer look at whether debate staffers went too far. Regardless of the outcome, Rosenworcel is probably happy to have her name in print for something other than her failure to support the FCC’s quest for cable box competition, a position fueled largely by inaccurate claims by the US Copyright Office.