Stories filed under: "will ferrell"
Expand All Posts Collapse All Posts

It’s no secret that the DMCA process is often abused. Typically, this abuse takes the form of one entity issuing a takedown notice not over true copyright concerns, but rather to either silence speech it doesn’t like or to harm a competitor. It’s a very real problem. But sometimes the misuse of the DMCA takedown process takes a turn towards the bizarre.

That appears to be the case with Columbia Pictures suddenly issuing takedown notices for a promotional poster for the upcoming Will Ferrell movie, Holmes and Watson.

The poster, featuring Will Ferrell and John Reilly as Holmes and Watson, shows both men signaling their initials. On top of that is a large red title that reads “Holmies,” as shown in this Reddit post. Following a series of news articles, the poster was shared on Facebook, Reddit, and Twitter. This isn’t something out of the ordinary, as the same happens with other prominent movies. What’s unusual, however, is that the posters have begun to ‘disappear.’

Several news sites that reported on and linked to the poster have removed the image and Slashfilm even took the entire article down. Around the same time, several copies shared on Twitter disappeared too.

Twitter removed images of the poster as well following a DMCA notice. It’s hard to get a handle on who released the poster in the first place, given that many of the news stories about it have disappeared and the rest don’t reference its source. The general din seems to be that it leaked earlier than intended, with some suggesting that the poster hadn’t been officially approved for release at all. It struck most people as quite strange that the promotional poster, pictured below, was being taken down by the distributor of the film, essentially trying to pull back free advertising it was getting for its movie. 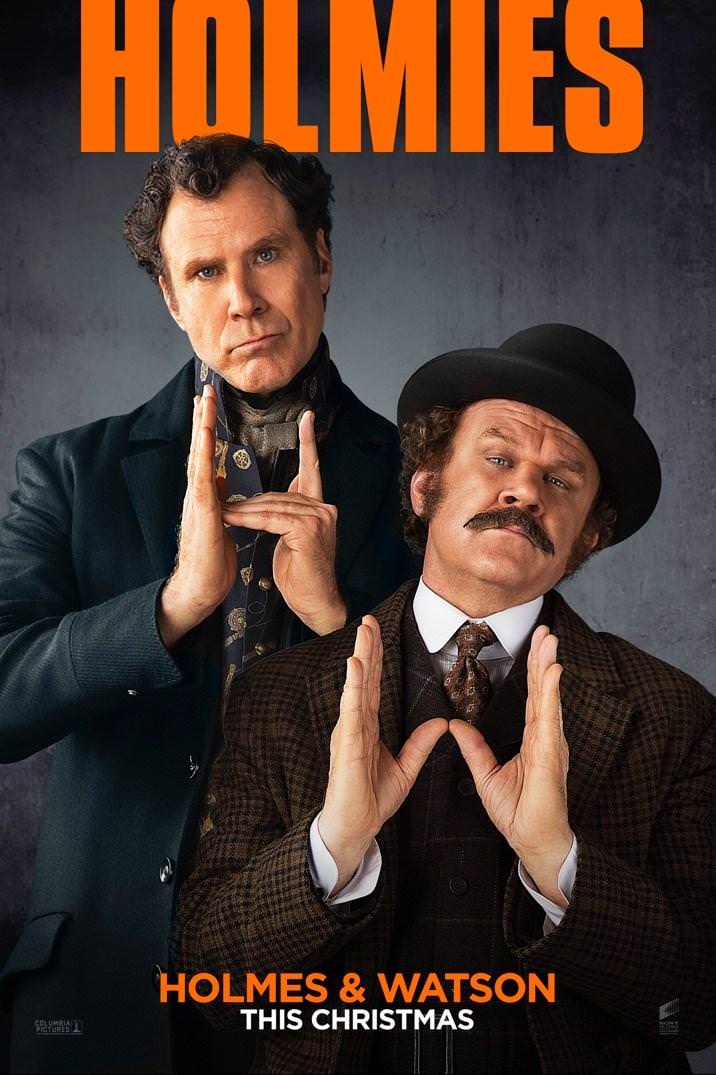 So why was Columbia pictures DMCAing its own advertising for its own movie? Well, some internet sleuths think it all has to do with that “Holmies” at the top of the poster.

There are of course many possible explanations. The most likely option we’ve seen thus far refers to the “Holmies” title that’s on the original poster. Apparently, that term is also used for ‘groupies‘ of the Aurora shooter James Holmes.

“Err, ‘Holmies’ also means ‘fans of the kid who shot up that DARK KNIGHT theater’ so they might be freaking out and try to scrub the poster from existence,” Twitter user Standing Leaf writes.

That explanation makes more sense than any other out there, including the idea that Columbia Pictures would want to nuke its own advertising material that had begun to go viral. The company isn’t talking, which is unhelpful. But if that is the explanation, it should be clear that this sort of thing is not what the DMCA process is for and there can be consequences for innocent internet users that are suddenly having DMCA strikes against them, including on social media.

Whatever the explanation, Columbia Pictures owes the public some transparency on this at the very least.